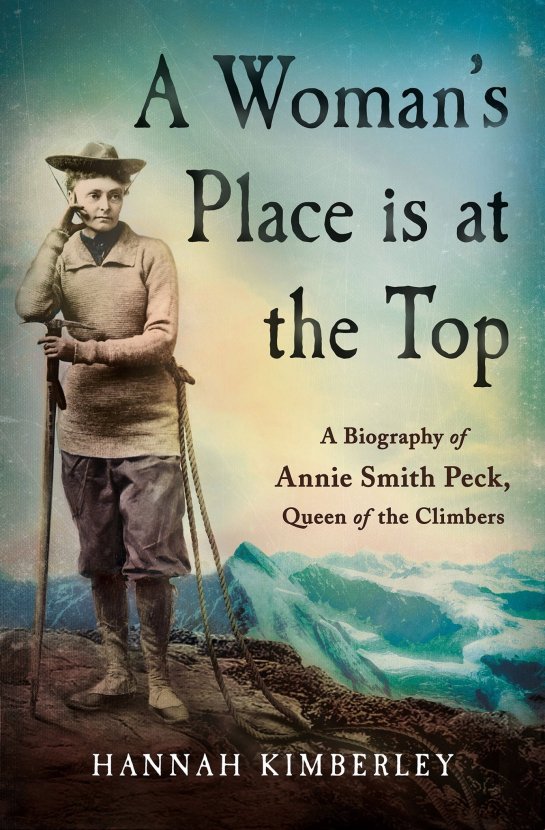 My friend Hannah Kimberley has written a book about Annie Smith Peck, one of the most accomplished women of the twentieth century that you have never heard of!  I had the honor of assisting Hannah with archival research over the past several years.  It was truly inspiring to read diaries, letters, and ephemera from such a tenacious character. I often felt like I had walked back in time: from the country’s reaction to Lincoln’s assassination, to the nail-biting climb to the top of Peru’s highest point, to the suffrage marches in New York City. Peck accomplished all of her feats as an unmarried woman and often (gasp) in pants!

Pre-orders will influence the first printing, and, if there are enough, it can put a book on the bestseller list, since all those pre-orders count towards first week book sales.  You can order it here.

On the eve of a big moment for women in politics, I recommend this book about another woman who carved her own path.

Here’s a synopsis: Annie Smith Peck was a scholar, writer, lecturer, suffragist, mountain climber, swimmer, oarswoman, horsewoman, splendid conversationalist, and well-trained listener. She was a feminist and an independent thinker who never let gender stereotypes stand in her way. Peck gained fame as the third woman recorded in history to climb the Matterhorn—not for her daring alpine feat, but because she climbed wearing pants—and would eventually be the first climber ever to conquer Mount Huascarán (21,812 feet) in 1908 and would race Hiram Bingham (the model for Indiana Jones) to climb Mount Coropuna in 1911.

Peck marched in suffrage parades, was the president of the Joan of Arc Suffrage League in New York City, became a political speaker and writer before women had the right to vote, and was also an expert on North-South American relations, and an author and lecturer contracted to speak as an authority on multinational industry and commerce before anyone had ever thought to appoint a woman as a diplomat. This empowering biography will give Peck her rightful place in history.