Get Your Art On, Inspiration
6 Comments

I have been a fan of Stanley Kubrick for nearly as long as I have been a fan of movies.  Dr Strangelove, 2001: A Space Odyssey, and The Shining top the list for me in that I can watch them over and over and find some new delight in his dispassionate storytelling, dramatic soundtracks, and the aggressive symmetry of his composition.

Through prescient satire, Dr Strangelove explores “a tale of a bunch of all-powerful maniacs, plunging the world into nuclear destruction through a mix of paranoia, patriotism, and plain stupidity” that is as relevant today as it was in 1964.

The breathtaking magic and retrofuturism of 2001: A Space Odyssey inspires me upon each viewing with not only its stunning visual language, but also the potential of what the future could hold and the dreamy optimism of space exploration during the 1960s.

Stephen King famously announced that he did not like Kubrick’s interpretation of his book The Shining.  It was too cold, too sterile.  King explained that there was “no sense of emotional investment in the family whatsoever on [Kubrick’s] part” describing it as “a Cadillac with no engine in it.” And I can see King’s point, but that is precisely why I love Kubrick.  He’s like a mad scientist, conducting experiments from a detached distance.  How else can I explain why I think ultra-violent films like A Clockwork Orange and Full Metal Jacket are brilliant, though I’m rarely in the mood to watch them.

The roots of Kubrick’s aesthetic can be traced back to his earliest work as a staff photographer for Look Magazine in the 1940s.  Much of that work is on view now at the Museum of the City of New York through October 28, 2018.

“Through a Different Lens: Stanley Kubrick Photographs features more than 120 photographs by Kubrick from the Museum’s Look Magazine archive, an unparalleled collection that includes 129 photography assignments and more than 12,000 negatives from his five years as a staff photographer. For any fan of Kubrick’s films, the exhibition explores a formative phase in the career of one of the 20thcentury’s most renowned motion picture directors.”

You can see the seeds of a filmmaker in the narrative of his photography during that time. 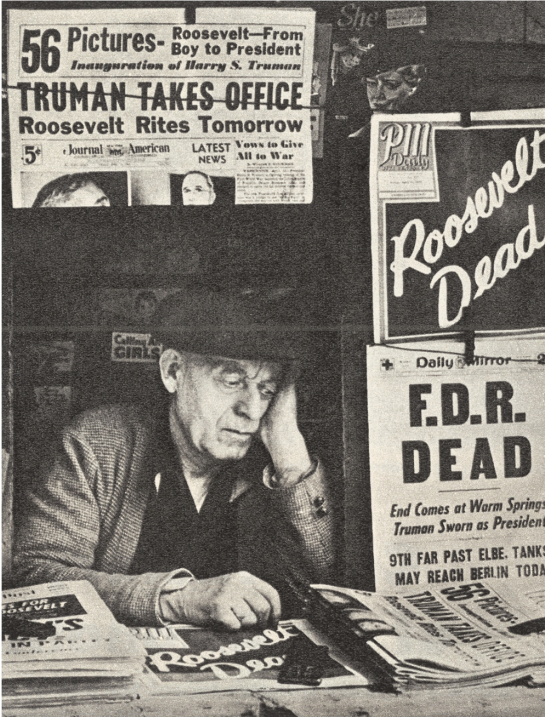 “Truman is a New Dealer, Too”, 1945 ©SK Film Archives/Museum of the City of New York

Kubrick was only 17 years old when Look magazine published his first photo. The burgeoning director “later admitted he urged the salesman to look more depressed than he was for dramatic effect – an early example of his ability to elicit a performance and stage a scene.”

This one reminds me of Dr Strangelove.

By framing the trapeze artists in the background slightly out of focus, Kubrick makes an unexpected narrative choice:  the hype man becomes the subject of the photo while the importance of the crazy action behind him is diminished.  Immediately, the story is much more interesting. 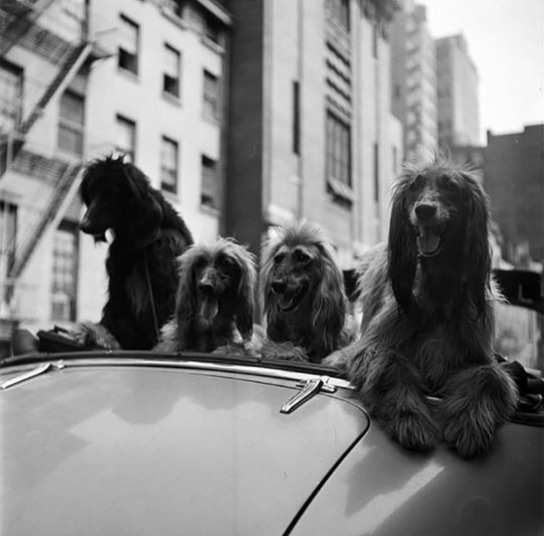 A Dog’s Life in the Big City [Dogs in a convertible.] 1949, ©SK Film Archives/Museum of the City of New York

A potential movie still.  I love how the backlight enhances this couple.

Peter Arno [Arno at the bar with a woman.] 1949, ©SK Film Archives/Museum of the City of New York

This sexually charged shot makes me think of Breakfast at Tiffany’s. Look how the man is turned toward the (much younger) woman.  His body language is both relaxed and possessive of the space the two occupy. It draws me in and makes we wonder who they are and what she’s about to say.