Special thank you to everyone who is watching!  We are thrilled with the amount of positive press.  Here is a small sampling which I am continuing to update…

Slate, November 5, 2018. “Though it’s not a political show, this is SFAH’s most political act: exploring and learning about food as tradition and identity in a way that’s celebratory and appreciative without being presumptuous or didactic.” 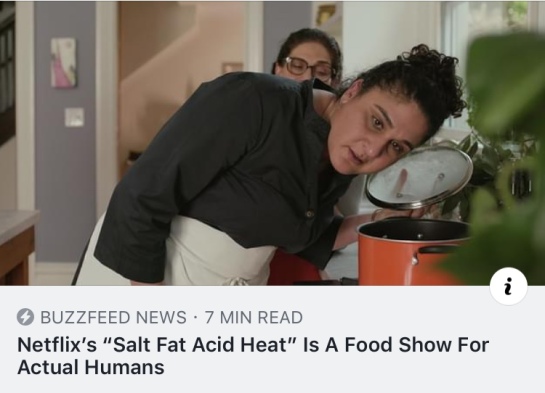 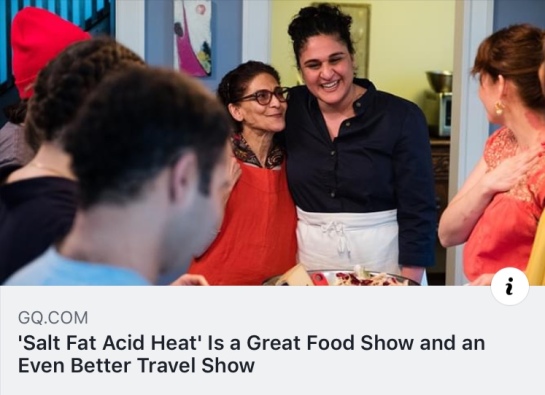 Samin wanted a show that was “both beautiful and accessible. That was something I felt that was missing in the food world,” she added. “Why can’t the regular cook have the beautiful thing?” —Vanity Fair

“She is not a parachuter or a colonizer, storming the shores and staking a claim. Instead, she’s performing the work women have been doing for centuries, transforming it from labor to art, subverting the expectations in food TV that women are expected to stay at home and men—geniuses, gods, creators—can go out and conquer.” Jezebel

Vogue says “the chef and food writer keeps things simple and enticing, making this miniseries perfect for both types of viewers: the person looking to learn, and the person who simply loves food.”

Cosmopolitan calls it “the tv show you can fall asleep to but not because it isn’t good or anything.”