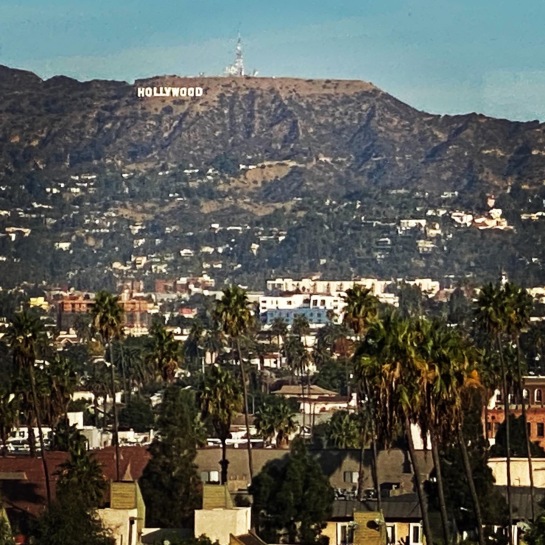 I’ve been reflecting a lot on the nature of production during the COVID crisis.

When it became clear that our show Parenting Without Borders wasn’t coming back anytime soon, I relocated to northern California to stay with family while the worst of the virus raged in my beloved New York City.  Many of my friends and colleagues were discovering that they had COVID or were recovering from it. The executive director of New York Women in Film and Television was living in the epicenter in Queens surrounded by the steady scream of ambulance sirens, which we could hear during on-line board meetings. Another friend had a mobile morgue unit parked on her block in Brooklyn. And then in April 2020, two people I know died within a week of each other – one in NYC and one in Milan.  The scope of this virus is devastating.  And those deaths have influenced everything I’ve done since.

In May I got a call about a commercial project for a big tech company.  They were planning a shoot with crazy numbers: 10 directors and 300 crew members to make 200+ short films in 4 weeks.  I was both apprehensive and excited to get back to work.  Because this was a client that would follow strict safety protocol, I felt comfortable committing.

It was bittersweet not being able to hug people I hadn’t seen in years. There was no hand shaking, no physical touch of any kind during the crisis. Getting accustomed to wearing a mask for 12 hours a day took some time, and it was weird meeting people with only their eyes exposed.  When they removed their masks, the bottom half of their faces were like a Tim Burton fever dream –  their mouths and noses were always so much bigger than in my imagination!

Despite the awkwardness of it all, the community of production and the connection to colleagues were vital, especially during these legitimately terrifying and dangerous pre-vaccine days. The confidence it gave me in knowing that production could adapt, that we could be social and safe was invaluable. I carried that assurance into all the productions that followed.

2021 became an unexpectedly busy year – I directed a comedy series for Disney+ in Los Angeles and Atlanta, as well as a number of corporate projects.  I even directed a remote shoot simultaneously in three different time zones and two different cities, Miami and Denver, from my laptop in Bodega Bay!

This year stretched me and my crews in ways I’m still examining.  I’ve become a connoisseur of masks and face shields. I’ve crisscrossed the country on flights without eating or drinking and without turning into a raisin. My right nostril was swabbed three times a week for 8 months. With the help of a “vaccine hunter,” I arranged for two vaccination shots in two different cities to fit within the production schedule. Even when a safety protocol officer is present, the first thing I do on set is to empower the crew to be stewards of each other’s safety. And so far, I’ve never had a case of COVID on my production.

In the pre-vaccine days, we were all risking something just to do the job.  And it’s hard to quantify the stress that accompanies that risk because it’s not “business as usual.” It’s “business during a crisis.” I’ve always valued the teamwork that comes with the nature of production, and yet to operate during COVID (especially in documentary where it isn’t possible to create a quarantine bubble on set) has made me appreciate my colleagues even more.

Mostly, I’ve come to understand the value of slowing down, of communication and patience, of sacrifice and resilience, and of courage. Superheroes, all of you. 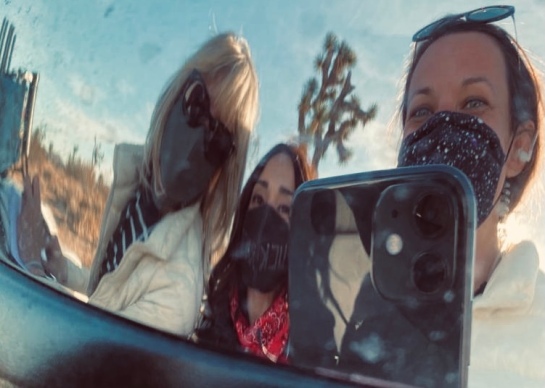 Photo from left to right: KOK, Seppi Aghajani, and Aisling Browne on set in the Yucca Valley desert, California.  Photo by Aisling Browne.